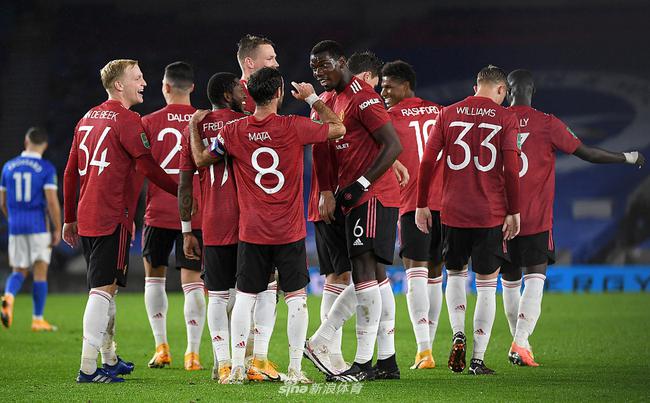 League Cup 1/8 finals, Manchester United beat Brighton 3-0 away. After the game, the Red Devils coach Solskjaer accepted an interview with Sky Sports. He believed that Manchester United played better than the league three days ago, and Pogba played very well after coming off the bench.

Solskjaer said: "Our game today is better than the league, especially in defense. The team did a good job and did not give the opponent too many opportunities. For our four defenders, zero cover is very important. This Can build their confidence."

When talking about Mata, Suo Shuai said: "Mata's performance is very good, the ball can make us feel at ease under his feet. He has a very high basketball quotient and has been doing his part for the team. I Not surprised by his performance. He returned to the corner in the second half and blocked a ball from Dan Byrne."

When talking about Pogba, Solskjaer said: "This game belongs to him. I let him play for 25-30 minutes, and his condition is getting better and better. Likewise, Rashford The performance was also good after the bench came on."

Finally, when asked about the transfer market, Solskjaer said: "I can't tell you any exact news right now. I'm currently working hard to realize the potential of our existing players and build a better team. We. The team’s lineup is already great. I have rotated 10 players in this game. I have enough players to use. Of course I also know that the club always wants to make the team’s lineup better, and I will not comment on other teams. Operation, or other players, it’s not my job. Sometimes there are transfer rumors, but this is beyond my control."